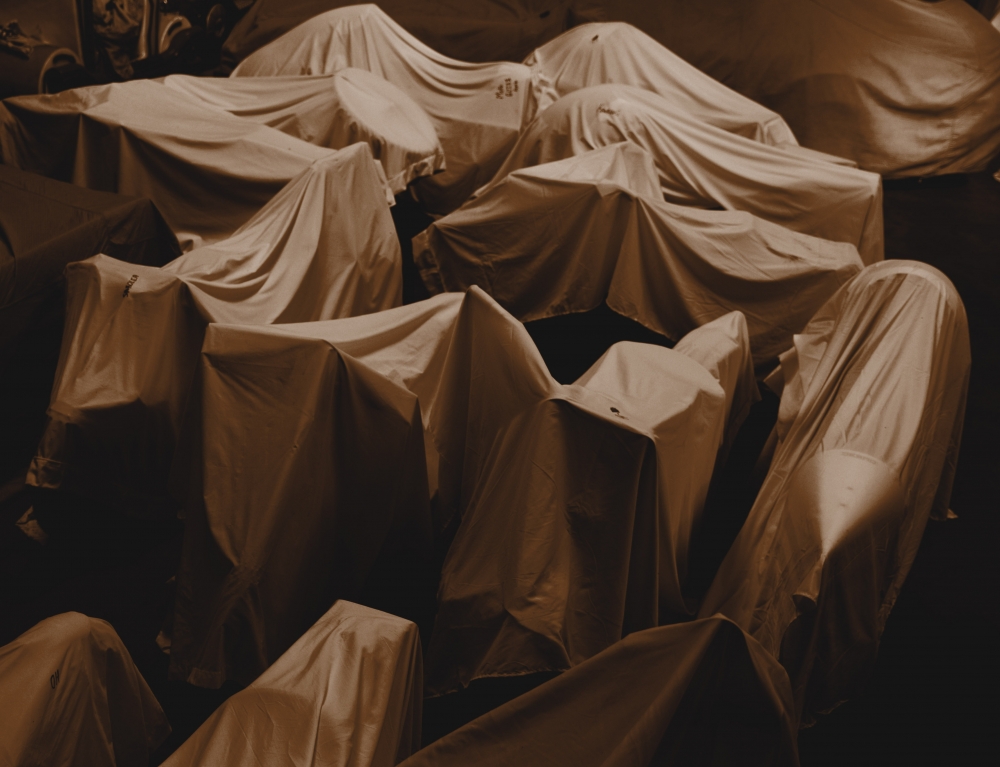 It’s hard to imagine a more focused look of glee than the one that covers a child’s face as that child unwraps a present on his or her birthday. Even though the none-too-subtle hints that have been dropped in the days leading up to the big occasion fill the child’s head with a belief that the gift that lies below the wrapping paper will match his expectations, there is always a lurking doubt as to whether “the thing” inside the colorfully wrapped box is what he hoped for all along. And then the ribbon is cut, the wrapping paper falls to the ground, the box is opened, and the gift finally sees the light of day.

And so it is with The Haas Museum and its promised unveiling on April 11, 2018. Over 140 motorcycles have been assembled to represent what is now acknowledged to be an exceedingly rare and stunning Collection, sculptures and artwork from places far and wide have been scoured over to select the few that will be mounted in The Museum, and architects and builders have worked feverishly with the founder and his staff to convert a raw industrial space into a showcase like no other of its kind.

The glee that has sparkled in the founder’s eyes as each motorcycle was captured or built from scratch is no different from that child’s glee when staring at his unwrapped present—it betrays a sense of devotion to a hoped for outcome. And that look is just as evident when the architect unfurls the plans for what the building will become once the jackhammers are silenced, the drywall is erected, and the paint is dry.

But the look of glee is qualified by the knowledge that the founder has built galleries before—certainly none so grand as what is envisioned here—and, as the ancient proverb goes, “there’s many a slip twixt hand and mouth.” A myriad of challenges lie ahead—the goal to create a motorcycle museum of incomparable beauty is clearly defined, but the road ahead is anything but smooth.

As the building goes up, the motorcycles are prepped for installation, and each piece of artwork is assigned its rightful place, everyone’s expectations rise higher and higher. But the question of whether the ultimate product will attain the lofty goal of being unparalleled among its brethren in the moto world remains unanswered. As the installation of every cycle and every object in the new edifice progresses, there are a host of minor imperfections that must be dealt with by calling audibles at the line of scrimmage, to use the jargon of football for changing plans at the last minute.

At last, the layout of each section of The Museum is finalized, and the sign announcing “The Haas Moto Museum & Sculpture Gallery” is lit for the first time.

Soon the ribbon will be cut, the wrapping paper will fall away, the box will be opened, and the boy who imagined this gift to lovers of the biker culture will stare at what many hands and many minds have fashioned … and the look of unmitigated glee will return to his face.

Cycles being prepped for installation in The Haas Museum

Behind the scenes, Bobby Haas and Museum Director Stacey Mayfield plot every detail in the evolution of the Museum